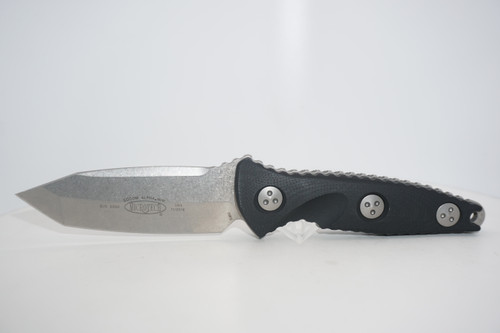 The Microtech Socom series takes its name from the United States Special Operations Command, shortened to Socom. Socom is a Department of Defense functional command of United States special operations. Under its purview are some units you might have heard of, like the Navy SEALs, the Air Force PJs, the Army Rangers, and more. A knife that borrows such a name must mean business, and the Microtech Socom series absolutely does. They're overbuilt, made of top-quality materials, and can withstand all the rigors of the battlefield. They might an investment, but they're built to last.